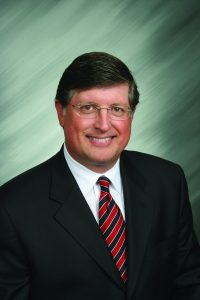 Robert W. Gilbert Jr. has retired after 43 years of dedicated service at The Dowd Agencies, LLC, a leading New England insurance provider celebrating 120 years of family-led business this year. An insurance consultant and risk adviser for The Dowd Insurance Agencies, Gilbert also served as its president, vice president and treasurer over the course of his tenure.

“Bob has been a mentor to me since I started in this business over 30 years ago,” said President and CEO John E. Dowd Jr., who joined the company’s fourth generation in 1982. “We worked together as partners and he has been an integral part of our growth and success.”

Gilbert, who lives in West Springfield with his wife, Connie, began his insurance career at Aetna Life & Casualty in Springfield in 1970. He joined The Dowd Insurance Agencies as vice president and treasurer in 1975. He served in those roles for 13 years before becoming president in May 1988.

David W. Griffin Sr., executive vice president and treasurer for The Dowd Agencies, said, “I have enjoyed working closely with Bob over the years. The contributions he made to both our agency and our industry have been significant and are deeply appreciated.”

A Chartered Property Casualty Underwriter and a Licensed Insurance Adviser, Gilbert will continue working with The Dowd Agencies in a limited advisory role and continues to serve on several insurance carrier advisory councils and civic boards.