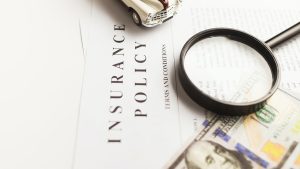 Most people don’t think about insurance until they actually need it, but we’d like to change that. Have you heard of National Insurance Awareness Day? It’s observed every year on June 28 to spread the word about the necessity of coverage. Insurance doesn’t have to be a bore—in this blog, we’re helping to keep it light to spread awareness with three fascinating facts about insurance.

1) Insurance Has Existed for Thousands of Years

While insurance coverage has grown and evolved over the years, the basic concept was first reported to exist about 5,000 years ago! Chinese merchants were concerned about losing all their goods in a single shipwreck, so they pooled their resources and split their items across several ships. This way, a shipwreck would slightly impact each merchant, but no single merchant would suffer a catastrophic loss. This concept has lived on in the way we now conduct business, with money being collected and pooled by insurers and paid out in claims.

American insurance is old! The Philadelphia Contributionship is America’s oldest, active insurance company, founded in 1752 by Benjamin Franklin. Originally designed to financially protect members against fire damage, it required properties to have building standards and employed a chimney sweep to clean insured homes. The Dowd Agencies may not be quite that old, but we have a longstanding tradition of excellence dating back to 1898, making us the oldest insurance agency under continuous family leadership.

According to Guinness World Records, the largest life insurance policy ever issued is worth $201 million! The adviser who arranged the policy in 2014 said it had to be underwritten by 19 different insurance companies, each with a share of about $20 million. While the holder of this record-breaking policy has remained anonymous, it’s said to belong to a well-known technology billionaire from California.

At Dowd Wealth Management, we’re also capable of handling your life insurance and general wealth management needs. We start the financial planning process with a detailed understanding of your long-term goals so we can articulate your long-term needs. We then create a tailored financial plan that illustrates where you are today and how to get to where you want to be in the future.

From auto to life to home policies, our array of coverage options can protect you against potentially catastrophic losses. Here’s one more fact to leave you with: our experienced team of insurance experts can help you build a policy that will give you the peace of mind you deserve. Reach out to us today to learn more.